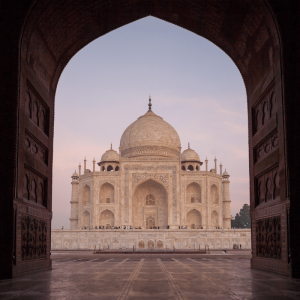 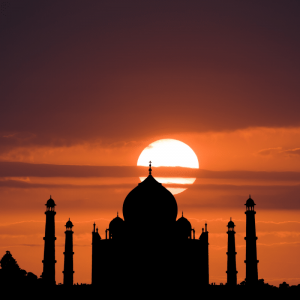 Begin your full day Taj Mahal and Agra Fort tour with a pick up from your hotel in the Delhi NCR area starting from 4:30 to 5:00 AM, depending on your hotel’s location, by air-conditioned car to transfer to the New Delhi railway station. Depart for Agra and enjoy the speedy, fully air-conditioned express train with breakfast on board.

Meet your private guide and driver at the Agra Cantt railway station waiting for you with your name sign at the exit. Visit the Taj Mahal, built in the 17th century by Mughal Emperor Shah Jahan as a memorial for his beloved wife Mumtaz.

After touring the Taj Mahal, head to the nearby Agra Fort, a walled city built in 1565 A.D. and another majestic creation of the Mughal Emperor Akbar.